Adam Jastrzębski – Genesis from the Spirit

The last days of the exhibition. A new project by the inventor of the linguistic code Vinylogos and author of the painting series Vinylogues, which was inspired by the poetry of Juliusz Słowacki

The exhibition features a series of unique objects which can be classified as both paintings and sculptures. Their visual side, colourful and alluring as it may be, serves only as the outer cover for the mathematical code that the artist uses to program the work and deliver its material dimension. The Vinylogues series is a work in progress which started several years ago, and Genezis z Ducha (Genesis from the Spirit) is the artist’s latest project inspired by a poem by the Polish bard Juliusz Słowacki.

The artist believes that Genesis from the Spirit is one of the most outlandish literary works of Polish Romanticism: "The author created his poem as a functional model of a nascent universe. The poet’s words not only evoke images, but also set rules for a story whilst creating the mechanics of a new universe. Słowacki presents the work of the Spirit – a mystical power of creation – with the use of figures inspired by natural science. Over a hundred years before the discovery of the "words" encoded in the body of every living creature, the poet perceives language as a biogenetic engine."

Vinylogos is an artificial language providing the artist with an information database for his "material bodies". Translating a poem into Vinylogos is a formidable task. The poet’s language, in all its richness, is fed into the crude mathematical apparatus of Vinylogos. The information loss is enormous and the resulting vinyl figures fail to illustrate the text, but as the artist claims, they truly embody the Spirit.


The transmutation of a word into a body remains the most important mystery of the natural sciences, and all other scientific issues can be perceived as its derivatives. Genetics, cybernetics and quantum physics are all areas which rediscovered the mystery of transmutation in the 20th century. The artistic project Vinylogos, which I have been creating for over a decade now, belongs in the same realm. I use this constructed language, which was designed for managing sets of components, to create construction plans for quasi-painting object called Vinylogues. Vulnerable to viral infection and mutation, this conlang can be readily adopted for describing the phenomenon of life with the use of terminology which is usually reserved for IT. It can also be applied for translation purposes. Even though the mathematical structure of Vinylogos appears quite crude, it has proven surprisingly efficient in confrontation with the form-productive poem by Słowacki. 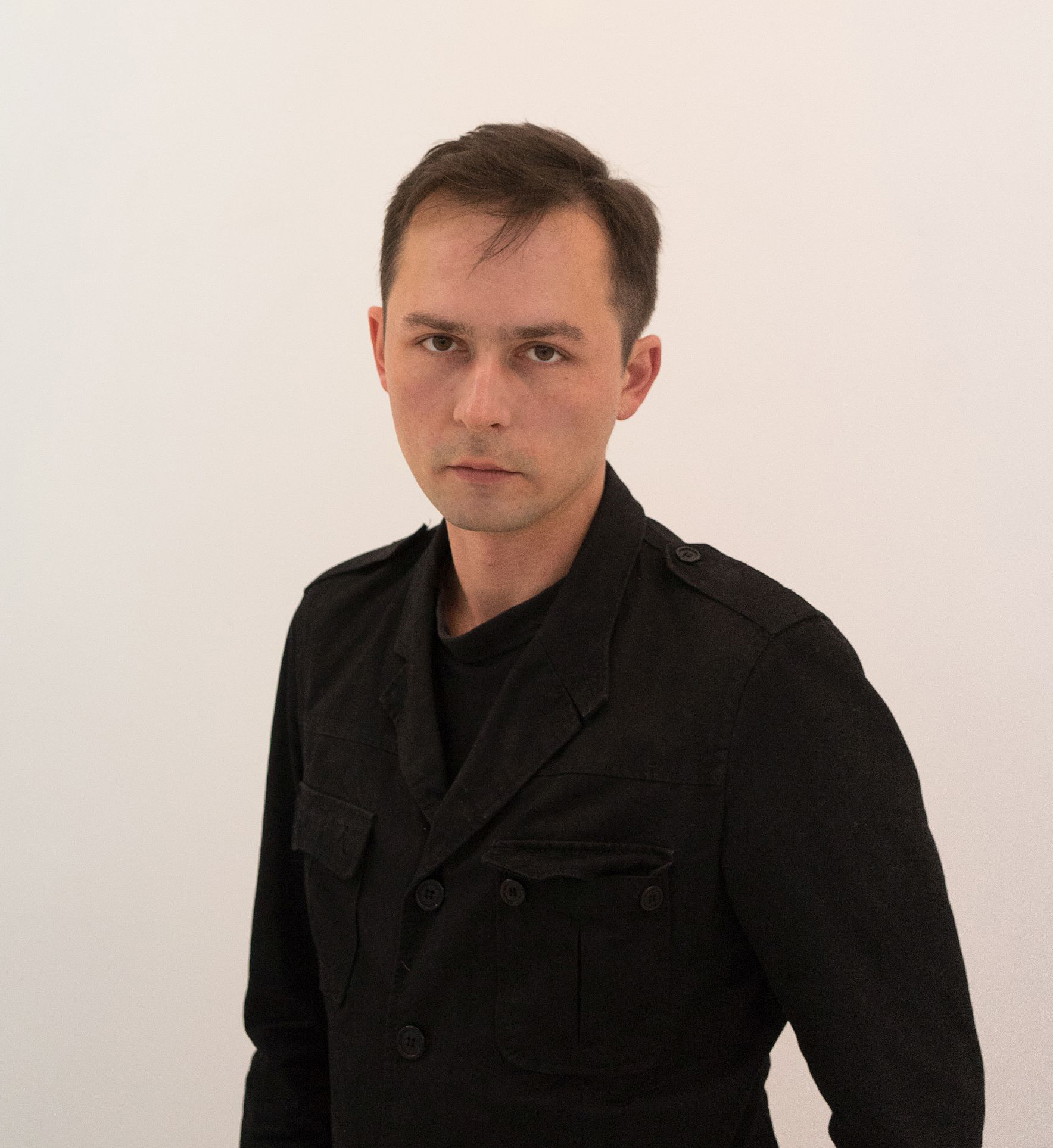 Adam Jastrzębski was born in 1980 in Płock. Degree in art history at the University of Warsaw. Currently, a PhD student at the University of Arts in Poznań (2019). He is also known as Adam-X (after an artistic project in 2003-2008) and Ixi Color (since 2008). The artist was actively involved in mural and sticker art between 2003 and 2008. He has completed numerous ephemeral intervention projects, often combined with performance, since 2008. Jasrzęski invented an autonomous language of art called Vinylogos which is used for creating Vinylogues, i.e. painting installations made of self-adhesive foil, which is cut into pieces and joined according to the rules of the Vinylogos linguistic code.
Implant, Jastrzębski’s his first solo exhibition, which he presented under the moniker Adam-X, was hosted by the Centre for Contemporary Art Ujazdowski Castle in Warsaw in 2004 ( and then by Galeria Bielska BWA in 2005). Since then, the artist has exhibited his work regularly in various art galleries and cultural institutions in Poland and abroad. His work can be found among the collections of such prestigious cultural institutions as the at the Museum of Art in Łódź, the National Museum in Wrocław, and the Polish Art Foundation ING. Jastrzębski’s other pursuits include video art, photography, net art and performance; he is an established street artist with many years of experience operating in the streets of Warsaw. For over two years, he has been involved in projects covering interspecies relationships between gibbons and gray crows.
He lives and works in Warsaw.

The artist is associated with Galeria Propaganda in Warsaw >>

More about the artist and his projects: 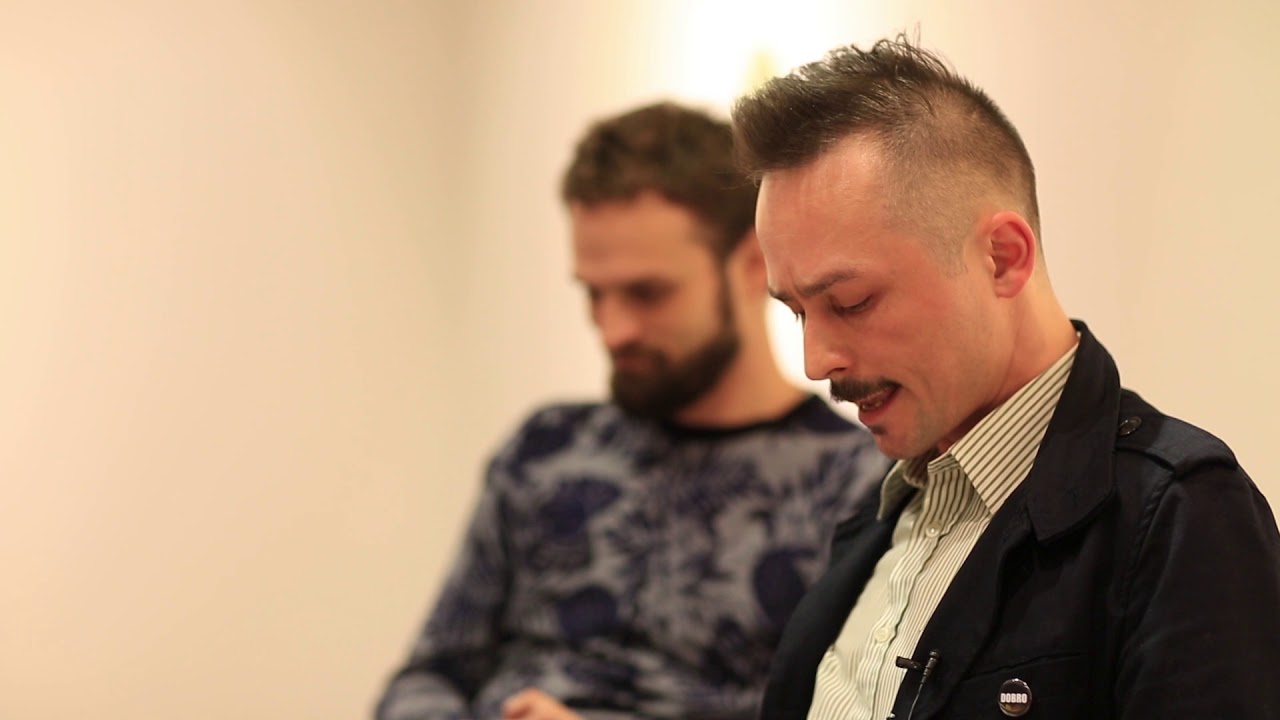