A meeting with an artist who has turned travelling into an endless act of creation. Presentation of the second volume of a travelogue detailing the artist's exerience in Asia and the Middle East.

Sławomir Brzoska, artist and traveller; he described his journey around the world (June 2007 - June 2008) as A Year of Wandering Life. This involved 23 countries and a total distance of 100,000 kilometers from South America, through Australia and Asia, and on to the Middle East. In addition to travelling, he carried out a number of artistic activities, made films, took photographs and described his experience in a travel diary which he eventually developed into a two-volume book entitled A Year of Wandering Life, which was published by the Adam Mickiewicz University in Poznań. Volume one was released in 2017, and volume two in 2019. The entire publication has a total of over 700 richly illustrated pages.

Sławomir Brzoska:
I crossed boundaries of cultures and civilizations. I visited places which preserved their ancient character. I shared a special affinity with travelling communities whose members follow a primal instinct that keeps them constantly on the move. This instinct is manifest in both chanting Aborigines and dancing dervishes. People in the East still believe that wandering is a way to restore the harmony that once existed between man and the Cosmos.

I met people whose lives had hardly changed for hundreds or even thousands of years. But the journey was too short for me to feel fully satisfied with their company. I had to move on, feeling unfulfilled after every place I had to leave too soon. But this feeling always evolved into curiosity and readiness to new experiences.
I had to remain extra vigilant whenever faced with an unknown and often incomprehensible situation. I frequently found myself compelled to change my way of thinking and reassess the new reality. The experience sharpened my senses to an animal-like level.
The journey itself was a kind of permanent performance, while some of the places I visited and circumstances I encountered also inspired me to create travel sketches, “weave” installations, or make video shoots which I could later use to create art films back home. 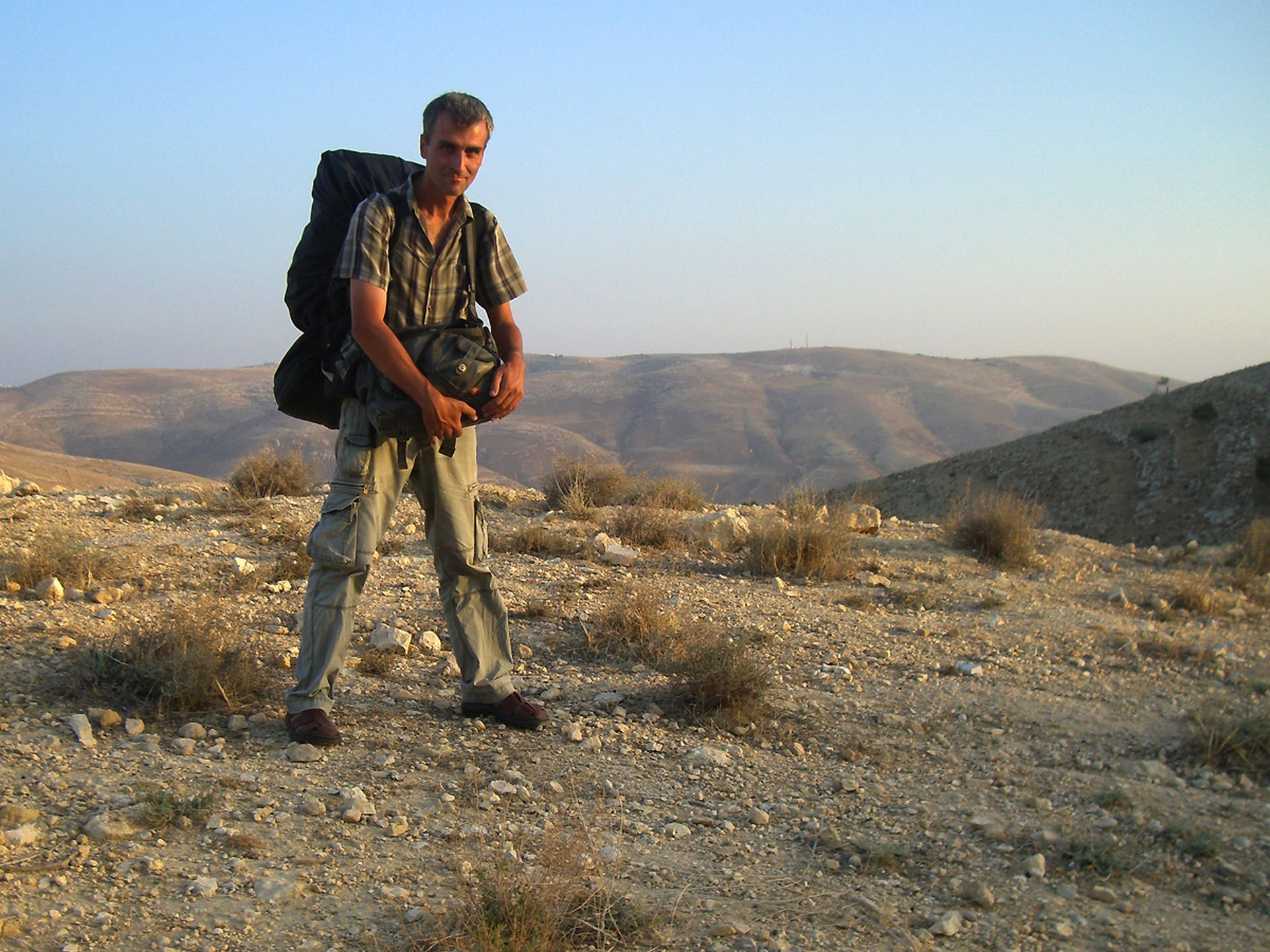 Sławomir Brzoska – born in 1967 in Szopienice in Upper Silesia; studied at the Art Institute of the University of Silesia in Katowice (branch in Cieszyn) between 1991 and 1995; degree in sculpture under Professor Jerzy Fober; head of the 9th Department of Spatial Activities at the University of Arts in Poznań  (since 1997), and the Department of Spatial Activities at the Faculty of Intermedia and Set Design of the Academy of Fine Arts in Katowice (since 2012); full professor since 2011.
His achievements include more than 60 solo and over 140 group exhibitions in Poland and abroad, as well as various performances and artistic actions he has staged all over the world. He founded  the project “preMeditations” which he has curated since 2010. The event encompasses exhibitions, symposia, conferences and art shows. His artistic pursuits include sculpture, installation art, video, land art and performance.
Local art lovers have been familiar with Brzoska’s work for quite a long time. In recent years, Galeria Bielska BWA presented his solo exhibition entitled Nothing but the Desert (drawings, sculptures, installations, objects and video art). He has also created the Compass for Bielsko-Biała –  a three-metre-tall, round sculpture made of sandstone and aluminum rods. The sculpture shows the cardinal directions, as well as indicating the location of Bielsko-Biała at the intersection of the most important historical trade routes; the stone base also serves as a seat. The sculpture, which was created in 2009 as part of the programme of international artistic residences "Incidens 2009", stands near the gallery, in the backyard of the historic Sixt’s Villa at ul. Adama Mickiewicza 24.


Sławomir Brzoska – A Year of Wandering Life
Meeting with the artist, presentation of his book