Ireneusz Walczak’s paintings provide a commentary on the present-day world. His art stands in harmony with the zeitgeist and provides an accurate reflection of the modern dissonance between human nature and advanced civilization.

The exhibition features paintings created by Ireneusz Walczak in the last three decades. The works are divided into a number of painting series –  the artist’s favourite form of expression. His art provides powerful commentary of the contemporary reality, which is manifested by the unique titles of the works – suggestive, often elaborate, and yet free from strong emotions that are often triggered by civilization changes.


Agata Smalcerz, curator of the exhibition:
The work “Disintegration” won Ireneusz Walczak the Gold Medal at the 31st National Exhibition of Painting Bielska Jesień in Galeria Bielska BWA in 1994. His series “Terra Incognita” addressed the problem of environmental destruction –  an issue as burning today as it was 25 years ago. The only improvement after a quarter of a century is that individuals have become more aware of various environmental threats and are beginning to take actions to prevent ecological disaster. And yet, environmental degradation continues to progress and the question of whether we will manage to prevent it remains as open as ever.
The new exhibition in Galeria Bielska BWA features a dozen or so monumental paintings from the series “Terra Incognita” which the artist created between 1991 and 1995. These will be supplemented with the 1989 painting series “Adhesions” and several works from 2017 and 2019, including the eponymous series “Zeitgeist”. Here, the problem of environmental damage is complemented by the theme of the destructive power of the economic model in force in modern society and the dissonance between human nature and advanced civilization. The term “Zeitgeist” (from German: spirit of the times) encompasses both the intellectual and cultural climate of the age.

Stanisław Ruksza, From Developing an Identity to Love of Fate, excerpt (in :) Ireneusz Walczak, Narcosis and Euphoria. 2019–1988 , Academy of Fine Arts in Katowice 2019:
Walczak’s work carries powerful messages the artist wishes to convey in reaction to certain encountered situations. The colour range and other formal aspects of his painting are of great importance, but it is the content, with all its overwhelming emotions, existentially fraught events, momentary illuminations, and historical or socio-cultural aspects of the past or present, that constitute its highest value. Walczak’s art evolves in line with any changes in reality that an individual is faced with.

Magdalena Ujma: Painting Element, excerpt (in :) Ireneusz Walczak, Narcosis and Euphoria. 2019–1988, Academy of Fine Arts in Katowice 2019:
Ireneusz Walczak can be described a postmodernist modernist – a modernist in times when everything is permissible in art. He puts his trust in the language of painting which he never attempts to justify  outside the realm of art. On the other hand, his work is not limited to the artistic domain. 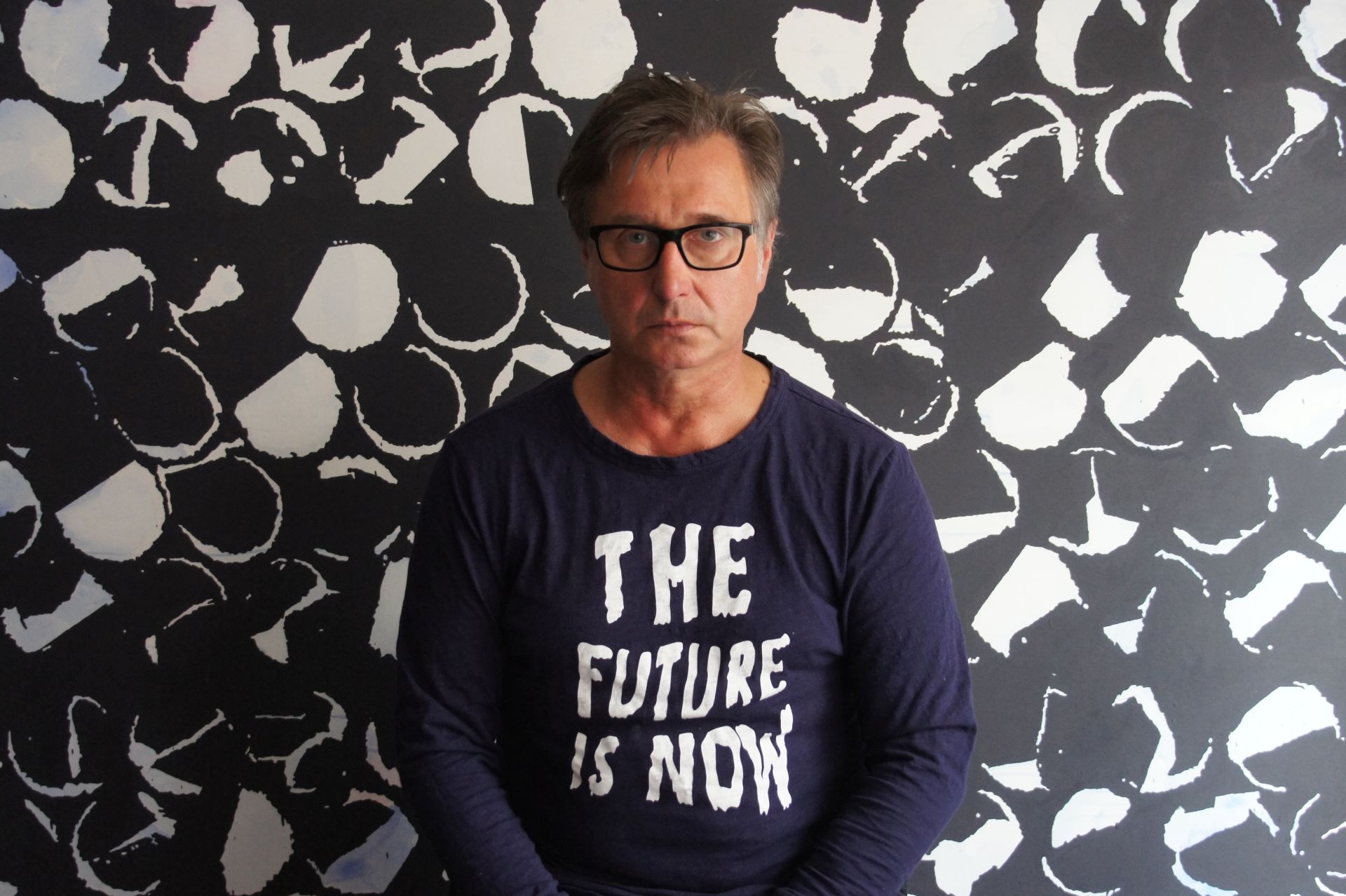 Ireneusz Walczak  – born in 1961; honours degree in graphic arts at the Academy of Fine Arts in Kraków (1988); full professor; currently heading a painting studio for 2nd-to-5th-year students of the Academy of Fine Arts in Katowice. Eleven series of paintings created since 1989, including: Adhesions, Walls of the Past, Building Identity, My House is My Language, Multikulti.

He is the winner of 30 national and international awards and honourable mentions. 21 solo and almost 300 group exhibitions in Poland and abroad.