Andrzej Szewczyk – An Artist is an Argument

A retrospective exhibition showcasing the work of an exceptional artist.

Andrzej Szewczyk (1950 – 2001) was a visual artist who used a variety of techniques, often combining painting, sculpture, installation and writing. As one of the most outstanding Polish painters of the middle generation, he profoundly influenced many artists, art historians, curators and friends. While actively involved in the national and international art scene, he always emphasised his Silesian roots (Katowice, Kaczyce, Cieszyn) and soon became a cultural ambassador of the region. His refined manner and vitality helped him make numerous friends and artistic relationships which became an important part of his intellectual activity. He read poetry to artists, taught painting to poets, and inspired sculptors with his musical fascinations.

The forthcoming exhibition at Galeria Bielska BWA is a summary of his prolific artistic output.

Krzysztof Morcinek, curator of the exhibition:
Andrzej Szewczyk was one of the most outstanding artistic personalities of post-war Polish art: a legendary artist, painter, endowed with an extraordinary poetic imagination. He practised pure art which was detached from the surrounding reality, but focused on existential philosophy. Writing played an important role in Szewczyk’s art, his written paintings were close to the tradition of ‘icon-writing’ and meditation: works on paper, pages, scrolls, manuscripts, books, paintings-tables, paintings-objects. He saw no significant difference between painting, drawing or writing. He belonged to the family of poets, even though he had never written a single piece of poetry. ‘From Khlebnikov to Wittgenstein,’ he said, ‘everything had to be learnt through the letter.’ Traces of paint rollers on walls, canvases, paper sheets were his first repetitive signs (letters). His understanding of verse was close to concrete poetry. His drawing-poems resemble elementary writing, where the basic marks that make up a poem are often specks (of ink) surrounded by a delicate contour. Using this method, Szewczyk wrote dozens of drawing series, on sheets of paper, on metres-long scroll-foils, on the pages of old books. The most recognisable and enduring theme of his work was the reference to writing, to books. In the early 1980s, Szewczyk created his characteristic works from shavings of crayons, then from pistachio shells and spatial objects “written” with cast lead: old books or wooden stelae placed on the floor on pedestals made of salt blocks. He used similar ideas for his ‘Monuments of the letters of F. Kafka to F. Bauer’, ‘Basilicas’ and ‘Libraries’. Szewczyk’s works are not only rooted in cultural tradition and rich in symbolic references, but above all they are rich in the sensual overtones contained in the materials used (oak, lead, wax, salt). The ambiguity of these works brings them closer to the his assumed ideal of the work of art not as an artistic creation, but as a ‘mirror in which the world is reflected’. The titles of his works reveal literary inspirations and fascinations, references to biographies of artists and poets, dedications (e.g. ‘Abelard and Heloise’, ‘Tristan and Isolde’, ‘To Malcolm Lowry's Drunkenness’).


Andrzej Szewczyk was born on 16 March 1950 in Szopienice, Silesia, and died on 29 September 2001 in Cieszyn. In the years 1974-1978, he studied at the Institute of Fine Arts Education at the Cieszyn branch of the Silesian University in Katowice. He was one of the most remarkable Polish post-war artists, a painter, draughtsman, sculptor, creator of assemblages, actions and environments, an outstanding educator. He treated art as an ongoing process; he tried to change traditional forms and structures of the painting image.
From 1977 he was associated with the Foksal Gallery in Warsaw. He exhibited his work both in Poland and abroad. A permanent exhibition of the artist’s works is located in the Museum of Cieszyn Silesia in Cieszyn. Since 2017, one of the streets in Cieszyn has been named after Andrzej Szewczyk. In January 2005, a commemorative plaque was placed on the facade of the tenement house at 56 Tadeusza Kościuszki Street in Katowice, where he lived.
Andrzej Szewczyk is one of the winners of the Grand Prix of the Bielska Jesień Painting Biennale – one of the flagship competitions organised by Galeria Bielska BWA in Bielsko-Biała. In 1992 he won the Gold Medal of the 29th National Painting Exhibition “Bielska Jesień ‘92”.


The Art Collection of Galeria Bielska BWA contains three of his works which will also be shown at the exhibition:

“AN ARTIST IS AN ARGUMENT” - EXHIBITION OF WORKS BY ANDRZEJ SZEWCZYK 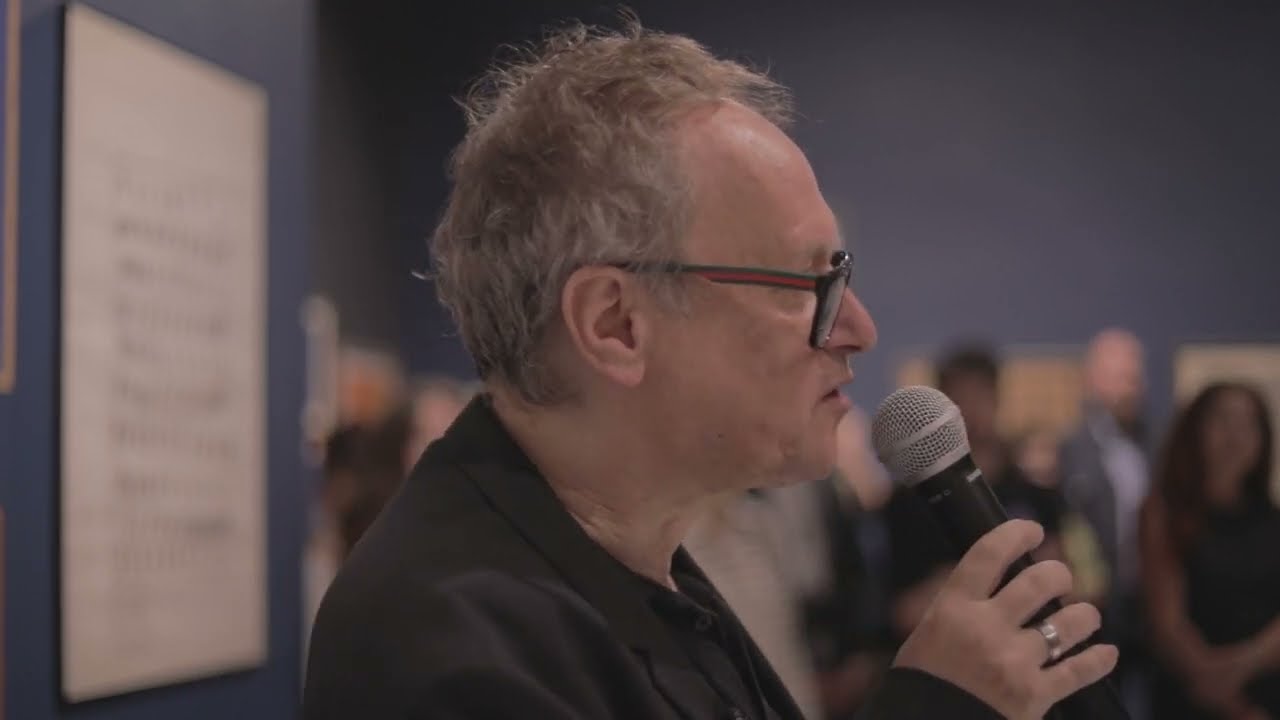