ANDRZEJ ZIÓŁKOWSKI – THE INWARD MOMENT. THE HUMAN BEING AND THE SACRED

A photographic story about spirituality and the universal search for the sacred in the practices of followers of the seven great religions.

The exhibition of photographs by Andrzej Ziółkowski and the previously released album containing 150 photographs entitled “The Inward Moments. The Human Being the Sacred” are an extraordinary journey through South-East Asia. The author, fascinated by the work of the English Benedictine Bede Griffiths, immerses himself in the atmosphere of religious rites in order to discuss the spirituality of people of various faiths. Bede Griffiths is convinced that if we can get to the mystical core of each religion, then the external differences will cease to divide us and we will meet in a place of common ground.

Andrzej Ziółkowski:
I am often asked to define my photography. I think the key word here is spiritual 'intimacy'. I take the liberty of describing these photographs as The Inward Moment - following in the footsteps of the great masters of photography who used the word “moment” to describe their images. The first one was Henri Cartier-Bresson, who in 1952 entitled his iconic monograph The Decisive Moment. In his publications, Steve McCurry uses the term The Unguarded Moment, and Geoff Dyer entitled his book which describes the photographs of famous photojournalists 'The Ongoing Moment'. While photographing, I tried to capture a moment of vulnerability and spiritual intimacy at the same time. That moment when a person, alone or in a group, tries to establish a relationship with the sacred, which is called differently in each religion. I wanted my photographs to tell the story of spiritual paths which make us all equal, despite all our differences. We all start from the same place and we all strive towards the same goals. I am immensely grateful to all the nameless heroes of my photos for witnessing their great faith that one day we will get there together. 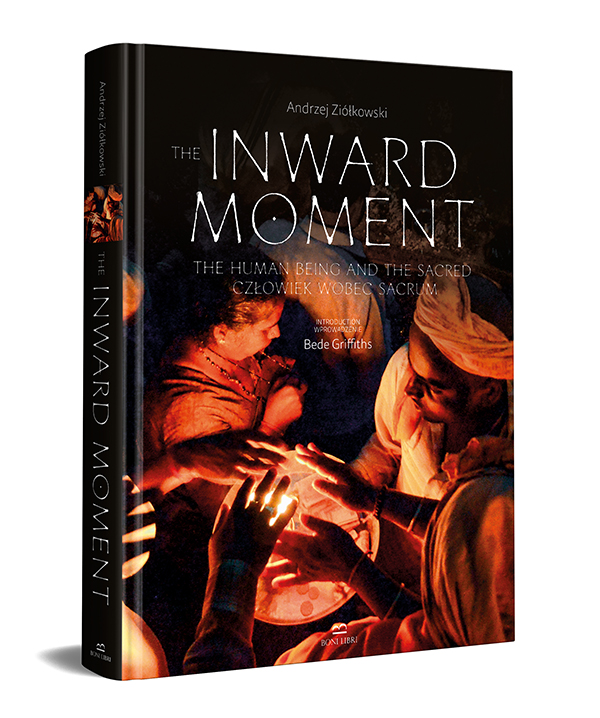 The exhibition in Bielsko-Biała is the eleventh presentation of Andrzej Ziółkowski’s collection of photographs “The Inward Moments”. Previous exhibitions were shown in Lublin, Kielce, Kazimierz Dolny, Warsaw, Gdynia, Zakopane, Gniew, Tyniec, other locations.

The album “The Inward Moment. The Human Being and the Sacred” by Andrzej Ziółkowski can be viewed at  >>


The protagonists in this book share a desire for communion with the sacrum. Andrzej Ziółkowski shows them in the most intimate moments of spiritual experiences, such as fervent prayer, penance and attempts to unite with the Source. The deeply human and universal photographs are accompanied by short texts by great authorities of the religions presented.
The introduction to the album was written by Nobel Prize winner Olga Tokarczuk, His Holiness the 14th Dalai Lama and Msgr. Indunil J. Kodithuwakku K, Secretary of the Pontifical Council for Interreligious Dialogue.


Andrzej Ziółkowski – The Inward Moments. The Human Being and The Sacred
Galeria Bielska BWA
8 April – 15 May, 2022
The opening and guided tour to the exhibition: Friday, 8 April at 6 p.m.
The meeting with the author, lead by Tomek Sikora: Friday, 8 April at 7 p.m.