Empathy, sensitivity, attention to vulnerability. Paintings inspired by emotions that have arisen from real civilizational problems.

An exhibition of oil paintings on canvas by Dominika Kowynia, an artist engaged in representational painting with a strong focus on coexistence and compassion.

The exhibition is curated by Joanna Rzepka-Dziedzic.

Joanna Rzepka-Dziedzic:
Dominika Kowynia used her exhibition ‘Take Care’, which was presented in Rondo Sztuki in Katowice in 2014, as an excuse to encourage people to empathize with all sentient beings. Today, the artist sees the idea in a much broader light and feels a strong need to find the right language, and the right method, to address all the contemporary burning issues. Climate change and the violation of the rights of people, animals and plants all fill us with strong emotions – a phenomenon often referred to as ‘righteous indignation’. And although our nervous system identifies it as an effective course of action, righteous indignation in fact fails to translate into any real commitment to changing reality.
By contrast, Kowynia’s paintings portray individuals showing genuine concern which might be expressed through small gestures or large-scale supporting actions. Empathy, sensitivity and attention to vulnerability all manifest themselves in various acts of care, activism or rebellion. Kowynia’s is a world which changes not through some activity in social media or public demonstrations, but as a result of substantive actions.
The exhibition ‘Attempt at Reversing’ examines similar themes to those previously addressed in Katowice’s Rondo Sztuki. The works created in Kowynia’s studio in recent years have largely been influenced by intense emotions related to real problems of the present-day world. You can find numerous references to national and global events in recent years, such climate strikes and the so-called Black Protests against the tightening of the abortion law in Poland. Exhibited for the first time, “Chipko Movement” is a painting series created in 2016. These works were inspired by the book “Cyborg w ogrodzie” (Cyborg in the Garden) by Julia Fiedorczuk which describes the efforts of individuals engaged in the protection of trees in various parts of the world. We begin to realize that the problem is even more pressing today than it was four years ago. By a strange twist of fate, the 2016 series seems to perfectly illustrate our current concern about the fate of humanity. It must be emphasised that the artist herself decisively recedes into the background. Kowynia’s work is often filled with her own personal themes, but this time round the artist offers a much more comprehensive narrative. She tells a story about our world, a world in which our observations and individual lives all constitute a kind of universal experience. 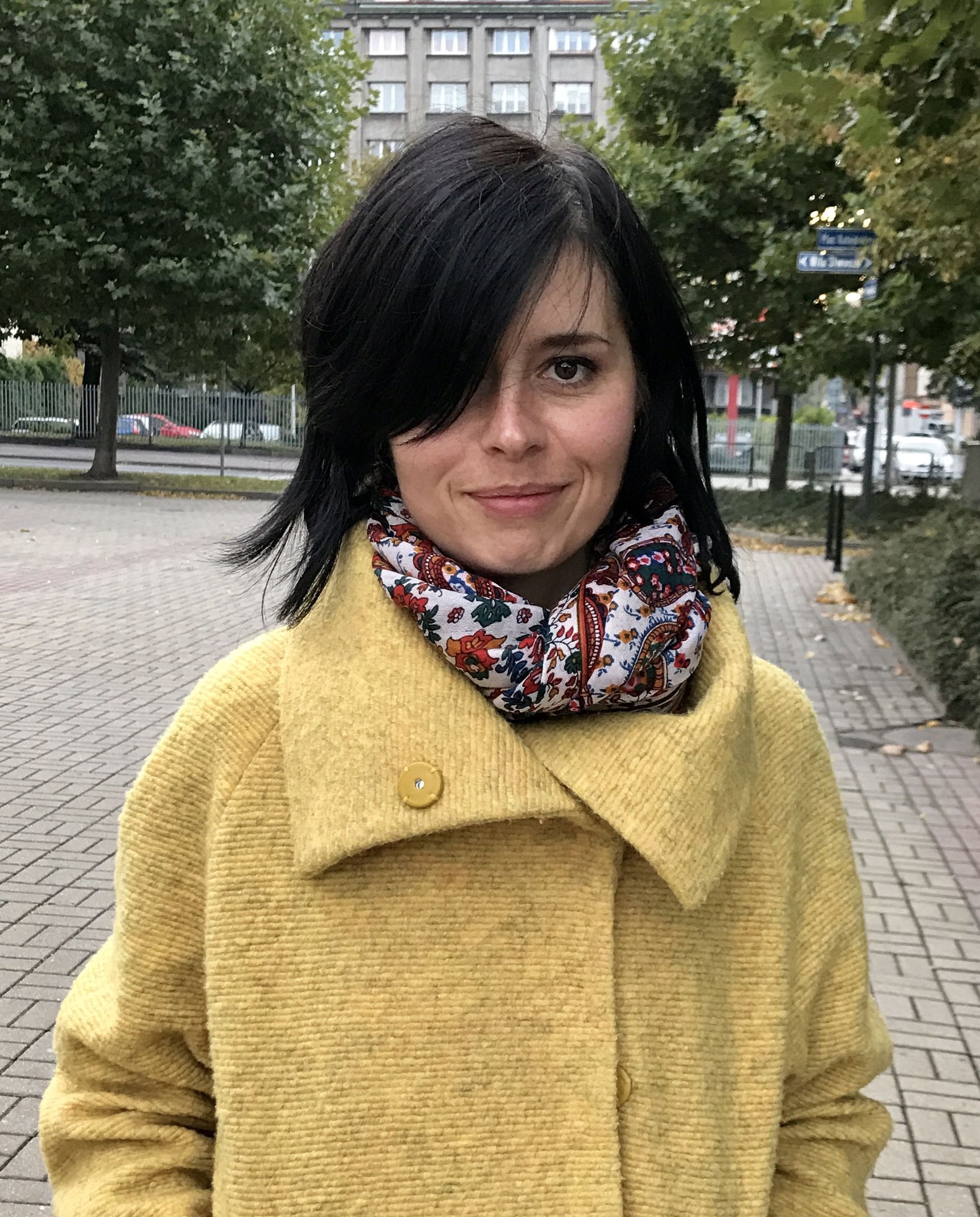 Dominika Kowynia was born in 1978.
She studied at the Academy of Fine Arts in Katowice, where she has worked for several years. Her art combines personal experience with current events, recent history and literature.
She has held numerous solo exhibitions, and participated in several dozen group exhibitions.
In 2012, she received a grant from the Marshal of the Province of Silesia.
In recent years, she has shown her work at the Museum of Modern Art in Warsaw, the Municipal Art Centre in Gorzów Wielkopolski, the Warsaw Gallery Weekend 2018 in Warsaw, Galeria Szara in Katowice, the Stefan Gierowski Foundation Centre in Warsaw, Galeria Widna in Kraków, and the closing exhibition of the Bielska Jesień Biennale of Painting at Galeria Bielska BWA in Bielsko-Biała in 2015 and 2017. She received an honourable mention at Bielska Jesień 2017 from the editors of the magazine Notes na 6 Tygodni.
Her paintings can be found in the Collection of the ING Polish Art Foundation, Art Collection of Galeria Bielska BWA and the Collection of the Bęc Zmiana Foundation. She works in figurative oil painting. 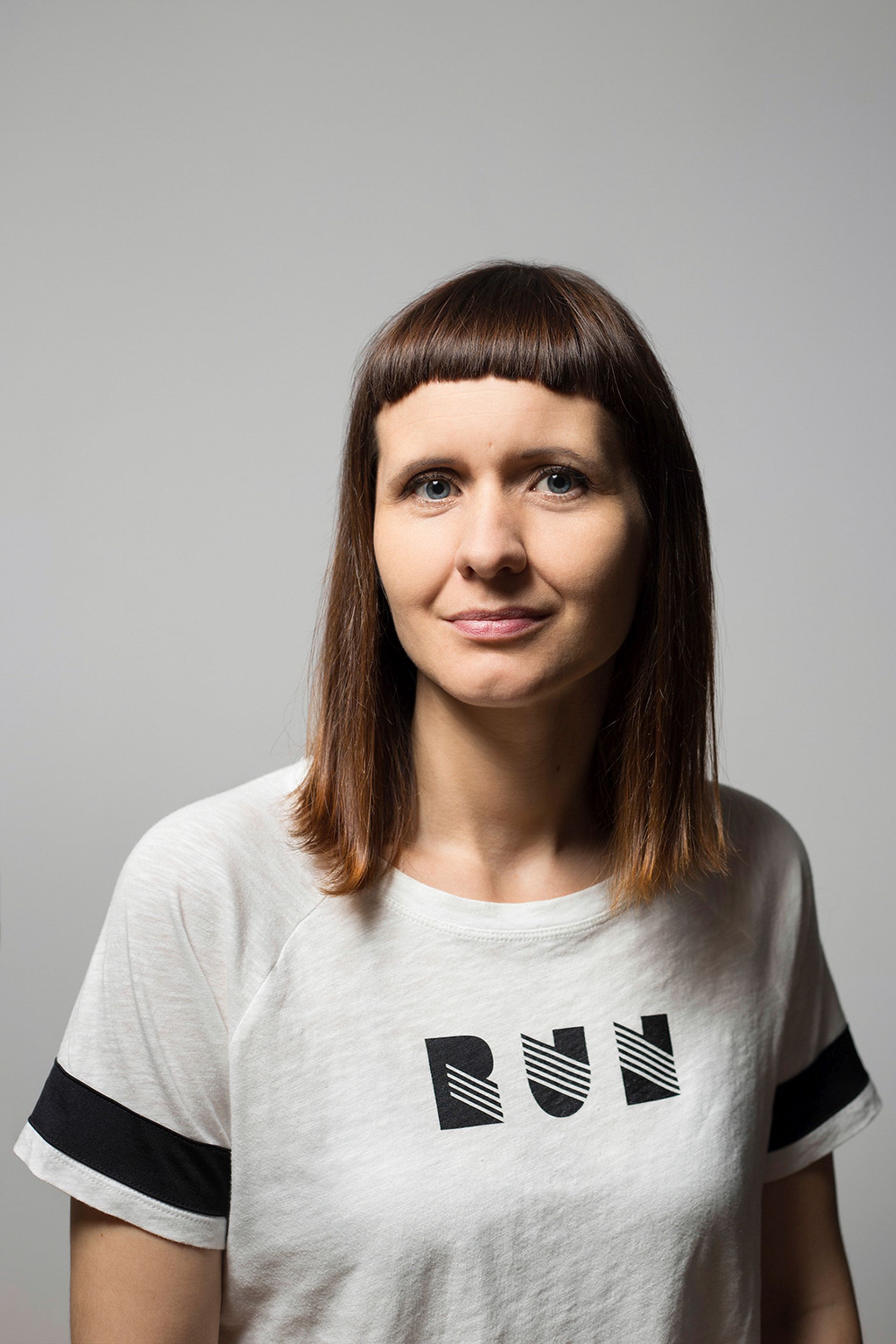 Joanna Rzepka-Dziedzic is an artist, curator and educator, a graduate of the Academy of Fine Arts (now the University of Arts) in Poznań and of the Institute of Creative Photography at the University of Silesia in Opava (Czech Republic), and winner of a grant from the Ministry of Culture and National Heritage. She combines artistic activity with curatorial work and other activities, such designing creative spaces which are aimed at fostering cooperation. Together with her husband she runs Galeria Szara in Katowice – an independent, non-commercial gallery and an important venue on the cultural map of Poland (until 2016, the gallery operated in the town of Cieszyn on the border with the Czech Republic).

The exhibition opens on Friday, 17 April 2020, at 6.30pm
Curated tour and meeting with the artist
on Friday, 24 April, 5pm. Admission free.
The exhibition runs from 17 April to 8 May, 2020.
Visit the artist’s website for more information and reproductions of her works >>