Paweł Jarodzki – The World Does Not Exist

Anka Mituś: The exhibition “The World Does Not Exist” prepares the viewer for a world devoid of a human observer. Seemingly sparkling with human affairs and emotions, it is in fact a farewell and tacit acceptance of the silence that resounds with every tree that falls in the forest.

An exhibition of works created between 2019 and 2021 by the recently deceased artist Paweł Jarodzki. The works were presented in 2022 at the exhibition “Happy The End” at 66P – Subjective Cultural Institution in Wrocław. The selection of works for the presentation in Bielsko-Biała has been made by artists from the Luxus group.

Anka Mituś, curator of the exhibition:
“Does a tree falling alone in a forest make a sound? In other words, without ears and a brain that can convert a wave into a sound sensation, can sound even exist? This question, posed in the 18th century by the philosopher George Berkeley, encapsulates the essence of solipsism, the view according to which only the observer is the actual agent of the existence of states and things. The paradox of an epoch that was passionate about astonishing concepts found support in the 20th century in the theories of quantum mechanics. The work of Paweł Jarodzki, a recently deceased Wrocław-based artist, co-founder and leader of the Luxus group, also seems to suggest that the world does not exist without an observer. The group' s activities, which were based on releasing social emotions, have left their mark on the face of Polish contemporary art from the 1980s to the present day.

Fully engaged in commenting on the world, in fostering public debate and in shaping conscious attitudes towards events, the artist kept a vigilant eye on the surrounding reality. He tirelessly projected images onto the gallery walls that reflected his own perception, like the protagonist of Plato’s parable of the cave. The artist’s gaze and the images created as its reflections tirelessly keep the world alive. These images are sometimes beautiful and optimistic, as those bearing sashes with inscriptions such as: “Ocean of Love”, “Good Luck”, “Flower Punk” or “Let’s kiss”. And yet, sometimes they resemble the light beams of a torch, illuminating a shamefully hidden cubbyhole where dirty business is done. You don't have to guess, the works consist of letters which form inscriptions similar to those on the walls of a certain palace "during a fairly pleasant celebration": “Politicians will never enter the kingdom of heaven”, “Oh fuck”, “Where are the children?” and “They ain’t no human”.

The title work is an adaptation of a comic book motif. After all, Jarodzki always drew his inspiration from comic books. Both, with regard to the narration, especially their underground, independent trend, as well as to the formal composition of the gallery walls. The inscription “The world does not exist” was inscribed by the artist into the vignette borrowed from the famous “Gotham Globe”, the newspaper exposing the vices of the fallen city of sin from graphic novels about Batman. Multiplications with this motif are seen at the exhibition in paintings from the “Coming Soon: The End” series. The series of microscopic close-ups of the dangerous SARS-coV-2 virus shimmer with colour. These images were created during the two-year lockdown, which clearly provides further evidence of the effects of anthropocenic oppression that has threatened the survival of our species for decades.
The exhibition “The World Does Not Exist” prepares the viewer for a world devoid of a human observer. Seemingly sparkling with human affairs and emotions, it is in fact a farewell and tacit acceptance of the silence that resounds with every tree that falls in the forest. 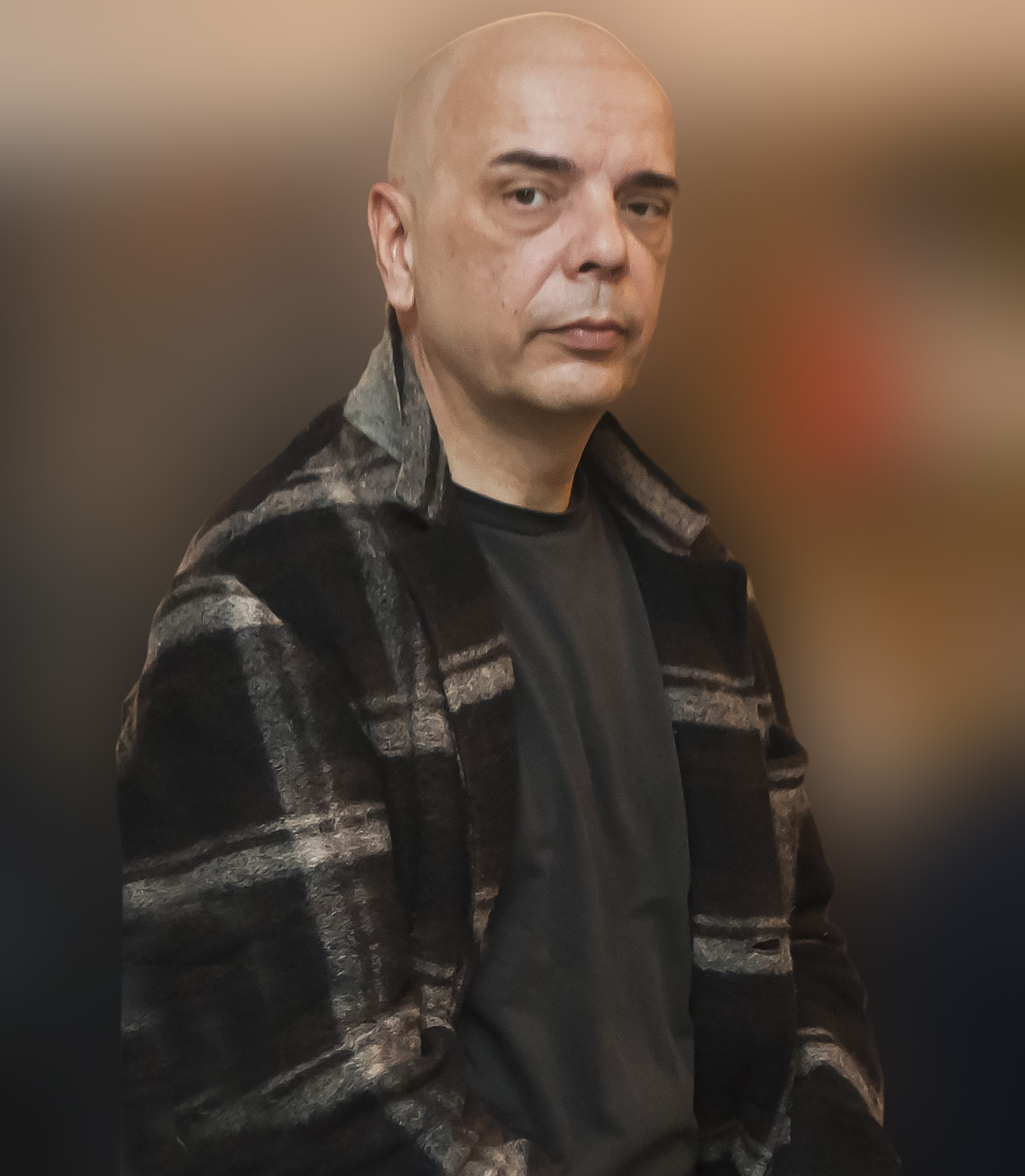 He lived and worked in Wrocław.