The work of Urszula Broll encourages reflection on human relationships with nature and the metaphysical dimension of reality.

Janina Hobgarska, exhibition curator:
The work of Urszula Broll encapsulates almost all chapters of post-war Polish art. The artist made attempts to participate in all modern trends in their various forms. In her early period, she painted emotional portraits of Silesian women, cubist still lives and industrial landscapes. She confronted the avant-garde views of Władysław Strzemiński, and often relied on chance as the ultimate means of expression. She continued to explore painting matter, dabbled with abstraction and followed the developments of various grassroots artistic movements. She sought her own path in many different ways to eventually find the sources of inspiration within herself. She developed her own unique style and used it until the end of her creative career. Her work featured mandalas, as well as mystical representations of landscapes, located beyond place and time.

Urszula Broll was born in 1930 in Katowice. In 1983, the artist settled permanently in Przesieka, a small village in the centre of the Karkonosze Mountains, not far from Jelenia Góra, where she lived for the rest of her life. She died in Przesieka in February 2020, when preparations were underway for the premiere of her retrospective exhibition in Warsaw’s Królikarnia.

The retrospective exhibition of Urszula Broll “Atman Means Breath” presents paintings on canvas and works on paper, showing the artist’s oeuvre from 1950-2005. These are the cycles: “Black Silesia and the St-53 Group” – early works: portraits of Silesian women and cubist representations of still life; “Matter Painting – the Alikwot cycle”; “Art as Yoga” – works that somehow result from the process of learning about her own personality and experiencing the world; The “Oneiron” Group - Black Cards (30 pieces), as a Lexicon of symbols; “Mandalas” – specific records of spiritual messages. The works come from the collection of the Artist, the collection of the Silesian Museum and the Museum of the History of Katowice, and a private collection.

Katarzyna Kucharska, curator of the premiere exhibition at the Xawery Dunikowski Museum of Sculpture in Królikarnia, a branch of the National Museum in Warsaw (2020):
"Atman" (Sanskrit for spirit, breath) first appeared in Broll’s work in 1967 and is associated with the activity of the famous Oneiron Group from Katowice. In the 1960s, the studio which the artist ran with her husband Andrzej Urbanowicz became a laboratory for spiritual and artistic experiments, where philosophy, religion, magic, occultism and gnosis were discussed. A set of so-called "black cards" comes from this period – a joint work of the Group members (Urszula Broll, Andrzej Urbanowicz, Henryk Waniek, Zygmunt Stuchlik, Antoni Halor). Each card was an ideogram of one letter of the alphabet. The letter “A” was chosen at random by Broll, who assigned it the motto Atman, while the other members added elements associated with this letter to the joint work.

From the early 1970s, the artist and her circle of friends began to turn their interests towards Buddhism. (...) Various readings and meditation practices gradually led the artist to the development of her new artistic practice which was most fully expressed in mandalas and abstract geometric paintings made in watercolour technique. They belong to her most important and original artistic achievements. They delight with their technique, wonderful colours and carry a great load of energy.

A retrospective exhibition of Urszula Broll’s paintings (1930-2020) was presented in 2020 at the Xawery Dunikowski Museum of Sculpture in Królikarnia, a branch of the National Museum in Warsaw, curated by Katarzyna Kucharska; the second edition will be presented in 2021 at the Karkonosze Museum in Jelenia Góra, curated by Janina Hobgarska. The exhibition will be presented in Galeria Bielska BWA from 21 January to 20 February 2022. The curator is Janina Hobgarska.

The Katarzyna Kozyra Foundation is a partner of the exhibition.

The exhibition is accompanied by a book created in 2019 as part of the inaugural exhibition “Urszula Broll. Atman Means Breath” at the Xawery Dunikowski Museum of Sculpture in Królikarnia. The publisher is the Katarzyna Kozyra Foundation. 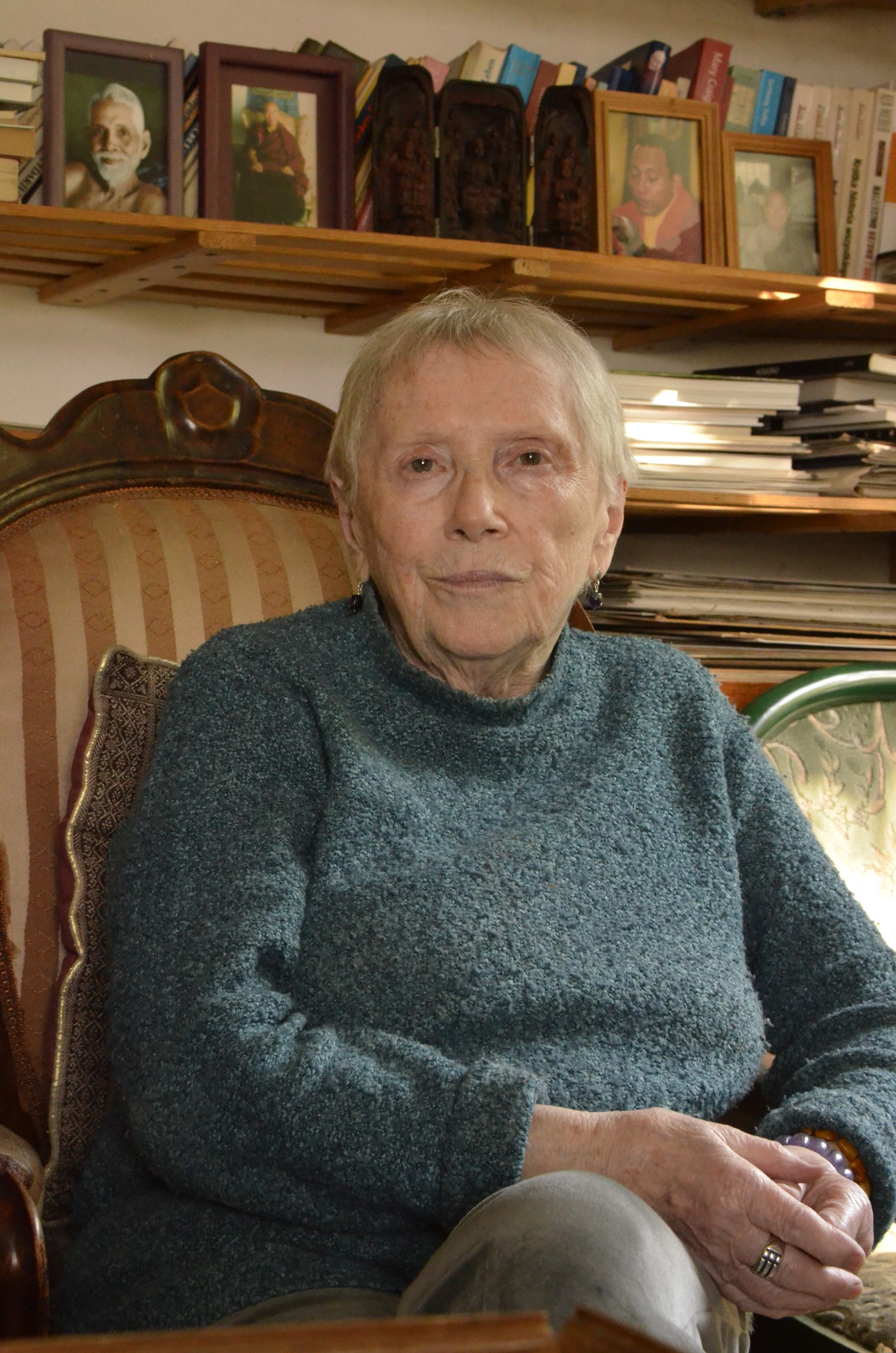 Urszula Broll.
The artist was born on 17 March 1930 in Katowice and died on 17 February 2020 in Przesieka.
She studied at the Academy of Fine Arts in Kraków, Katowice branch (graduated in 1955).
She was a co-founder of the ST-53 group (1953), taking part in all its exhibitions. She was associated with the neo-avant-garde movement and the Galeria Krzywego Koła (Crooked Circle Gallery) in Warsaw. From 1967 she belonged to the Oneiron Circle, of which she was a co-founder. In the 1970s she actively participated in the activities of the first Buddhist group in Poland. From 1983 she lived near Jelenia Góra. She took part in many exhibitions in Poland and abroad.
In 2005, on the occasion of the 50th anniversary of Urszula Broll’s creative work, the Artistic Exhibitions Bureau in Jelenia Góra and the Gallery of Contemporary Art in Katowice published an extensive catalogue of her work, which accompanied her solo exhibitions presented also in the Wałbrzych Art Gallery BWA Zamek Książ and the Art Gallery in Legnica, and in 2006 in the Art NEW media Gallery in Warsaw. From the late 1960s, she created watercolours connected with spiritual life, referring to Indian mandalas, as well as ink drawings and oil paintings.

Friday, 21 January, 4.30 pm
A guided tour of the exhibition; guided by curator Janina Hobgarska
The guided tour will be attended by Roger Urbanowicz, son of Urszula and Andrzej Urbanowicz and heir to the entire artistic legacy of Urszula Broll. 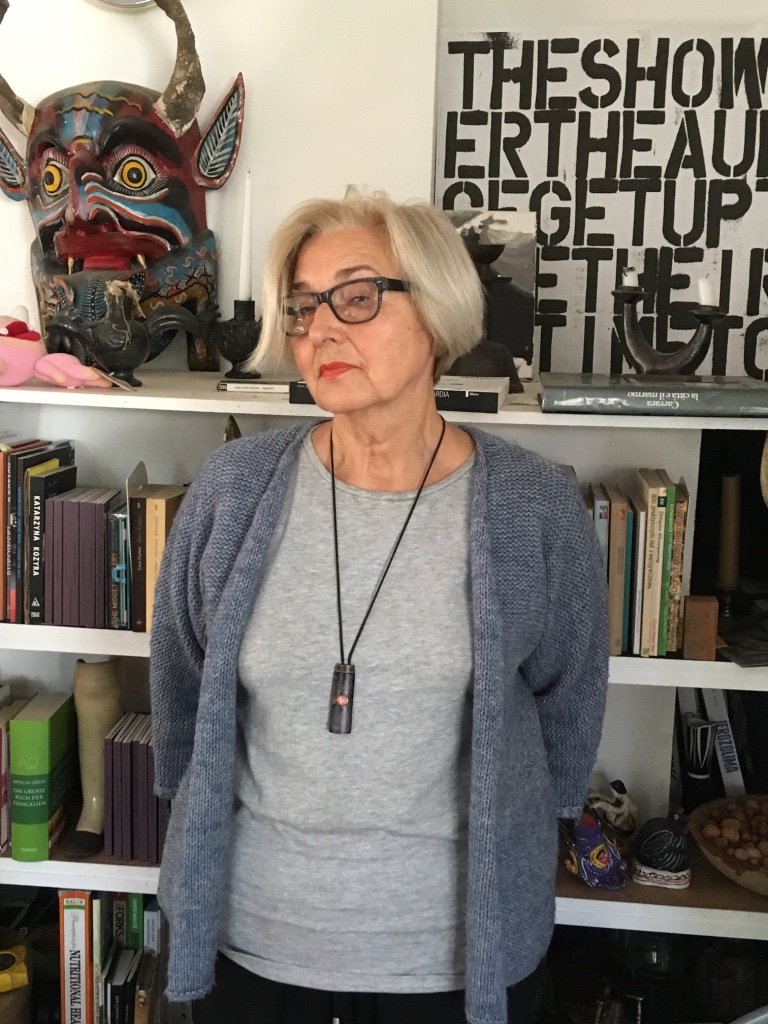 Janina Hobgarska.
She graduated in humanities from the University of Wrocław (1979) and from the Higher School of Photography in Warsaw (1989). In the years 1988-2017 she ran the Art Exhibition Office in Jelenia Góra. Curator of many contemporary art exhibitions, international and regional

She has also written texts for exhibition catalogues and art magazines. She combines professional work with her passion for photography. She belongs to the Association of Polish Artists Photographers. In 2014, she was awarded the silver medal “Meritorious for Culture Gloria Artis”.